Lecture on Human Rights in Occupied Territories: The Case of the Crimea (Federal University of Rio de Janeiro) 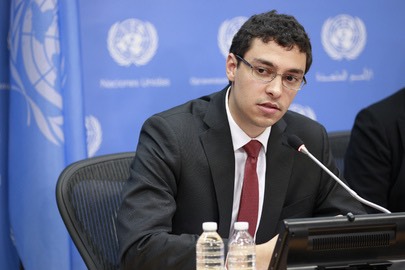 This study of the 2014 Ukrainian crisis focuses on the activities of separatist forces in the Crimean peninsula and on their support by Russia. A chronological summary of the antecedents and consequences of the Ukrainian president’s deposition is followed by the analysis of arguments for and against the conduct of the self-proclaimed “self-defense forces of Crimea” and the Russian government. The arguments in their defense are presented: the process by which the Ukrainian president was ousted, the alleged illegality of the current Ukrainian government, the principle of self-determination of peoples, region’s history, and the claim of protection of Ukraine’s Russian inhabitants. The study then examines these arguments from the international law perspective and refutes them, concluding that Russian support of the separatists’ activities in Crimea constitutes a violation of international law.

Moderator:
Ines Dias Tavares, Bachelor and Master in Public Law from UERJ. Professor of the Department of Law Theory at UFRJ

Report on “Human Rights in Occupied Territories: The Case of the Crimea” and “Human Rights Protection Guide (“the Manual”)” (in English, Ukrainian, Russian and Crimean Tatar) prepared by VOLYA Institute (2015, updated in 2016)

Organized by VOLYA Institute for Contemporary Law and Society

VOLYA Institute for Contemporary Law and Society is a newly formed international think tank organization dedicated to generating and promoting intellectual leadership in the fields of civil society, human rights and the rule of law through rigorous and relevant research that informs scholarship, policy making, advocacy and practice. Organizational activities focus on creating strategic and sustainable solutions to specific societal issues related to Ukraine, in local, regional, and global contexts. Contact: info@volyainstitute.org